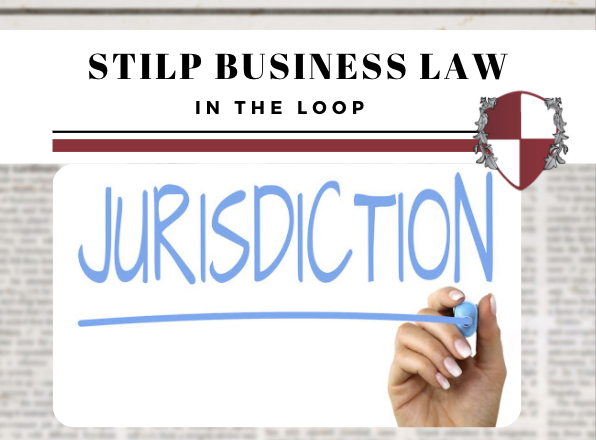 As the Supreme Court recently reconvened for its current session, Chief Justice John G. Roberts and his Court heard a number of cases concerning a wide variety of issues – one of which was Ford Motor Co. v. Mont. 8th Jud. Dist. Ct., 141 S. Ct. 1017 (2021). In Ford, the Court took aim once again at paring down the procedural rules regarding personal jurisdiction and forum for defendant corporations. As a beginning note, “jurisdiction” can be defined as the power of a court to hear and determine cases, while “personal jurisdiction” refers to the power that a court has to make a decision regarding a certain party being sued in a case.

To quickly summarize, Ford is incorporated in Delaware and headquartered in Michigan, while the plaintiffs attempted to bring suit against Ford in Minnesota and Montana. Although Ford is an international corporation who arguably conducts business in all fifty states, a corporation generally can only be sued where it is “at home”, meaning where it is incorporated and/or has its principle place of business. Ford argued in the respective state courts, as well as before the Supreme Court, that they cannot be sued in Minnesota or Montana because those states lack personal jurisdiction and thus would not satisfy due process. Although the Supreme Court tended to agree with some of the arguments Ford set forth, the Supreme Court ultimately agreed with the Montana and Minnesota Supreme Courts – concluding that Ford’s other in-state conduct (advertising, selling vehicles, etc.) was sufficiently “related” to the plaintiffs’ claims that the exercise of jurisdiction satisfied due process.

For those who want more detail on the law, there is well established precedent on the issue under prominent cases such as International Shoe and World-Wide Volkswagen. In those cases, legal professionals have the phrases “purposeful availment” and “minimum contacts” engrained in their minds when discussing the issue of personal jurisdiction in relation to defendant corporations. Not only are these doctrines out of touch with modern business, Justice Gorsuch noted, but rather they treat corporations better than humans — “individual defendants remain subject to the old ‘tag’ rule, allowing them to be sued on any claim anywhere they can be found. Ford, 141 S. Ct. 1017 (2021), (citing Burnham v. Super. Ct., 495 U.S 604 (1990).

As renowned business law expert and University of Pennsylvania Carey Law School professor Elizabeth Pollman summarized in her recent comment on the Harvard Law Review, “The bigger picture is the trend line of decisions incrementally tilting in favor of corporate defendants, leading to Ford — one of the largest U.S. corporations, which sells millions of vehicles across all fifty states — claiming that it could not be sued for products liability in Montana or Minnesota.” The Supreme Court and the Pro-Business Paradox by Elizabeth Pollman, 135 Harvard Law Review 220. It will be interesting to see how the “pro-business” Roberts Court handles future business issues that are sure to be presented before the Supreme Court in the coming months and years as the corporate landscape is continuously changing to a more modern and electronic-based approach.

Stilp Business Law prides itself on assisting businesses of all sizes with all of their business needs, whether that be that be the formation process of an entity or litigation matters that may arise — we have handled thousands of commercial matters. If you need assistance with your business’ legal needs, please reach out.