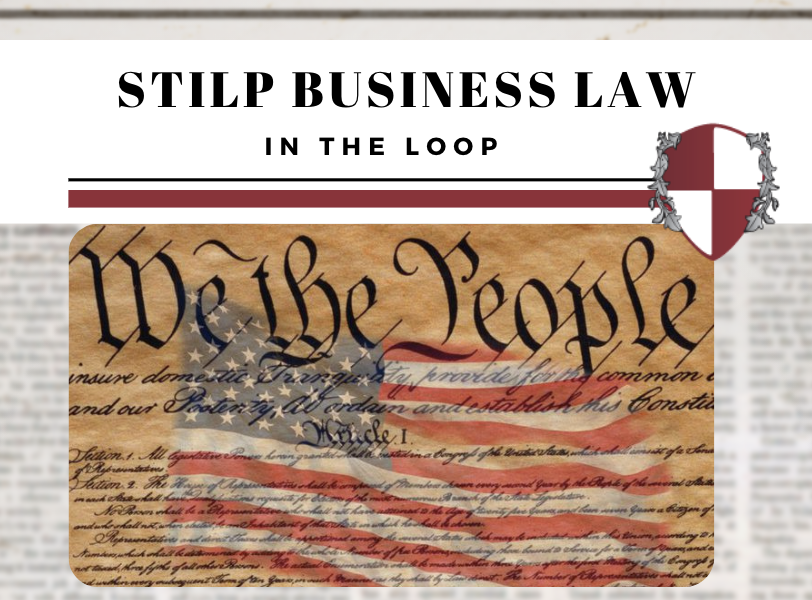 The current Illinois Constitution took effect July 1, 1971.  The 50th anniversary on July 1, 2021 has so far been met with surprisingly little fanfare or celebration.

Illinois has had four (4) Constitutions.  A little history will set the stage.

In 1784, Virginia relinquished possession of Illinois County to the federal government, which became the Illinois territory. (“A Short History” from Administrative Office of the Illinois Courts, D. Rolewick, p. 4-6).  On December 3, 1818, President James Monroe signed an act of Congress admitting Illinois as a state.  (Op cit., p. 8).

When the Illinois Constitution of 1818 took effect, of course, there were no “laws” on the books.  The very first bill passed by the General Assembly, therefore, adopted the laws of England as the laws of the new state of Illinois:

“That the common law of England, all Statutes or acts of the British Parliament made in aid of the common law, prior to the fourth year of the reign of King James the first . . . which are of a general nature and not local to that Kingdom, shall be the rule of decision and shall be considered as of full force, until repealed by Legislative authority.”

As Illinois grew, out of necessity, given the lack of uniformity and organizational problems of government, the state put forth three more Constitutions in 1848, 1870, and finally, 1970 (effective July 1, 1971).

In 1962, just prior to the current Constitution, Cook County alone had 208 different courts with overlapping jurisdiction, including state, county, Chicago, village, town, municipal, justice of the peace and police magistrate courts.  (“A Short History,” supra, p. 19).

The 1970 Constitution ushered in the concept of “home rule.”  By instituting home rule, local governing bodies were given wide authority to exercise power.  (Handbook of Illinois Government, 1985, p. 86).

As you enjoy the July 4th Holiday, remember the 50th Anniversary of Illinois’ current Constitution.