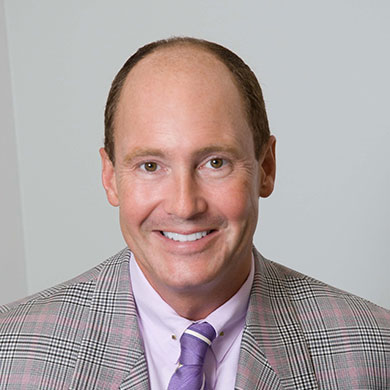 Mr. Stilp is a graduate of Northwestern University, Bachelor of Arts (BA), Master of Management / Master of Business Administration (MM / MBA) from Northwestern’s Kellogg Graduate School of Management [Northwestern granted the MM which became the MBA], Loyola University School of Law, where as a senior editor on the Law Review, he earned a Juris Doctor (JD) and a Master of Laws (LLM) in Real Estate at The John Marshall Law School.

As trusted legal counsel, Mr. Stilp represents businesses, professionals and entrepreneurs, provides creative transactional and litigation strategies, and helps clients successfully resolve their real estate and business issues. Having conducted over 150 trials, many in business and real estate disputes, Mr. Stilp is admitted to practice before Trial Bar, Illinois and several federal district and bankruptcy courts, and has argued and appeared before the 7th Circuit Court of Appeals and the Illinois Supreme Court. In addition, Mr. Stilp was appointed to serve as a Special Assistant Attorney General for Illinois and has acted as counsel for the Office of the Public Administrator handling contested probate matters.

In addition to legal practice, Mr. Stilp is Chairman and General Counsel for a diversified holdings company, having over 100 employees with businesses in manufacturing, service and real estate. He has also received recognition from the governor of the state of Illinois for work on Senate Bill 1934 amending Code of Civil Procedure, Forcible Entry and Detainer Act, 735 ILCS 5/9-107 and 5/9-107.5 to assist landlords and sheriff deputies in proper eviction process. Over the past several years, operations have included approximately 350 apartment units and ½ million square feet of office buildings in Chicago’s Loop, several hundred thousand square feet of industrial property, retail stores and strip center, and Jo & Doh! Donuts, a restaurant and bakery with several locations Mr. Stilp started for his then 10 year old daughter who has a passion for donuts.

Prior to Law School, Mr. Stilp was employed by a textile manufacturer, where he learned first- hand the problems facing small businesses and honed an interest in manufacturing. A member of various trade, manufacturing, real estate and bar organizations, Mr. Stilp also sits as a member of the boards of directors of a number of private business corporations and non-profit organizations.

The founding member of the Abraham Lincoln Council of Lawyers, Mr. Stilp is working with other lawyers to establish an organization [now in formation process] addressing selective criteria in the best tradition of President Lincoln, with three criteria: first, those attorneys manifesting the attributes of “Lincoln the Lawyer,” successfully conducting a jury trial to verdict on a question of public importance; second, those attorneys displaying characteristics of “Lincoln the Politician,” with significant work in the area of legislation or public service; and third, those attorneys evincing “Lincoln World Figure,” celebrating excellence in the areas of education, business and the public good.

Mr. Stilp is a member of academic groups, such as the Triple Nine Society (TNS), an association of individuals who have scored at or above the 99.9 percentile on specific IQ tests and are in the upper 1/10th of 1% as determined by national graduate tests (e.g., GMAT, LSAT, MCAT, GRE). The guiding principles of the Society are collegiality, democracy, and respect for diverse philosophies.

Mr. Stilp has been interviewed in CHICAGO TRIBUNE Business; a contributor to CRAIN’S CHICAGO BUSINESS and participated in nationally syndicated radio talk show on business. He has spoken to legal groups as a faculty member for continuing education, written several articles on real estate, including a book, Making Money Going Into the Deal: The Art & Science of Real Estate, which appeared in the NEW YORK TIMES book section, and articles on business litigation used by bar organizations and law schools throughout the country.

Having represented banks, title insurers, Fortune 100 companies, developers and property owners, Mr. Stilp’s work concentrates in business, debtor-creditor, bankruptcy, real estate litigation and transactions, with over $100 million in recent acquisitions and divestitures, and he has helped hundreds of clients solve their business issues.